What do you know about Chromium Picolinate?

Chromium Picolinate is sold over the counter as a nutritional supplement. Chromium works with insulin in assisting cells to take in glucose and release energy. When chromium is lacking, the effectiveness of insulin is lessened and glucose tolerance is impaired. Deficiency is rare except in people who must rely completely on intravenous fluids (hyperalimentation) as their sole source of nutrition long term.

There had been scientific references that suggested that supplementing with chromium picolinate would enhance insulin utilization. That has not been proven true in current research except in one Chinese study where the improvement was probably due to testing a population who were chromium deficient.

Chromium can be measured in hair and blood. But laboratory methods to determine chromium levels are difficult. This is why a chromium requirement has not been determined. There are no Recommended Dietary Allowances (RDA) for chromium. Toxicity of chromium is low according to the Institute of Medicine so they have not set a Tolerable Upper-Level Intake (UL).

I read where chromium picolinate is recommended for people with hypoglycemia. 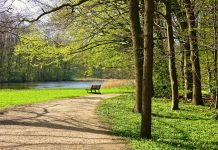 How effective and safe are Chromium Picolinate and Fenfluramine as appetite suppressants?