I am currently 27 and was diagnosed with celiac at age 9. A large number of my friends are research/ biology/science based and an ongoing argument between us is why celiac is defined as a disease and whether in fact, it is not simply an allergy. It has been suggested at times that such things as viruses (produced by the body) are to blame. Essentially we are all guessing and I have seen far too many conflicting viewpoints.

The second aspect is as to a cure. In your opinion, once the reason for it is established, do you consider it a curable ailment or a lifetime affliction? Your input into this would be appreciated and perhaps settle a few raging battles.

Celiac disease (also called non-tropical sprue) is caused by a sensitivity to a protein called gluten which is found in most cereal grains (wheat, rye, and barley), but not in corn and rice. Oats are OK as long as they are processed in a plant that doesn’t also process wheat, rye or barley. Symptoms can start suddenly and there is no known cause for this sudden intolerance to gluten in previously healthy people. However, it is not an allergic reaction like folks have to other foods like eggs or lactose intolerance from milk products.

As to a cure, none is known at this time and researchers would have to discover what causes the symptoms to prevent the changes seen in the mucous lining of the intestines. These changes decrease absorption of nutrients resulting in diarrhea and malnutrition. Until then, I would highly recommend you follow a gluten-free nutrition therapy. Some people tolerate some gluten and by now, you probably know what foods you can eat. Hopefully, you are an avid label reader. Luckily since Jan 2006, foods containing wheat must be labeled as such. Where can I find a dietitian who works with people who don’t tolerate wheat or gluten? 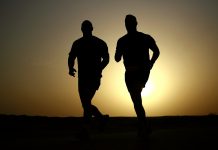 I own a restaurant. One person has requested a GFML diet. I am unfamiliar with this.